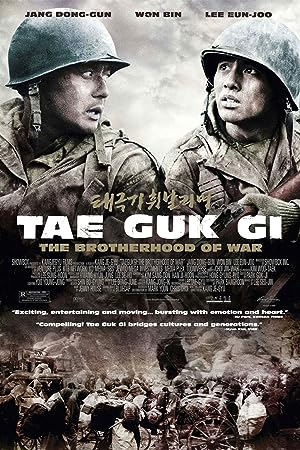 A fictional story of two brothers, Jin Tae and Jin Seok, who are unwillingly drafted into the South Korean army following the outbreak of the Korean War in June 1950. Young Shin, Jin Tae’s fiance, makes their situation even more miserable by joining the communist party to get food for the rest of the family. The stronger of the two brothers, shoeshine boy Jin Tae, makes it his life’s mission to keep his weaker younger brother Jin Seok safe from any danger. The only way to do that was to win a medal of honor. Motivated by the promise of a superior officer that if he wins the medal, his brother will be sent home, Jin Tae fights fearlessly and becomes a great warrior.